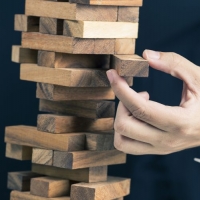 The most wide-reaching change announced by the Office of the Superintendent of Financial Institutions (OSFI) is the establishment of a new minimum qualifying rate, or “stress test,” for borrowers making a down payment of more than 20% of the home’s value. Previously, stress test requirements only applied to insured mortgages (those with down payments of less than 20%) and most variable mortgages and terms less than five years.

The stress test requirement, which comes into effect on January 1, 2018, goes a step further than what was originally proposed by OSFI in July. Buyers with uninsured mortgages will need to prove that they can afford payments based on the greater of the Bank of Canada’s five-year benchmark rate (currently 4.89%) or their contract mortgage rate plus two percentage points.

“These revisions to Guideline B-20 reinforce a strong and prudent regulatory regime for residential mortgage underwriting in Canada,” Superintendent Jeremy Rudin said in a press release.

Earlier in the month Rudin hinted that significant changes were coming in order to address risks the regulator sees as a result of high household debt, and high real estate prices coupled with historically low interest rates.

“We are not waiting to see those risks crystallize in rising arrears and defaults,” he said in his October 3 speech.

The additional changes, which are directed at federally regulated lenders, stipulate that:

Concerns that the changes go too far

Industry stakeholders expressed concerns that the more stringent stress test could slow down the housing market more than anticipated.

The announcement elicited an array of industry responses. CMT contributor and intelliMortgage.com founder Robert McLister commented that OSFI “hasn’t just ‘tapped the brakes,’ it’s jumped on the brakes with both feet.”

Paul Taylor, President and CEO of Mortgage Professionals Canada, was encouraged by at least one concession that OSFI had made.

“I was pleased that OSFI agreed with our recommendation not to create a prohibition on all co-lending activities and instead clarified that the restrictions only apply to arrangements that are designed to circumvent existing laws or policies,” Taylor said.

“I am, however, disappointed with the decision to implement a new stress test at whichever is greater of 200 basis points above the contract rate or the benchmark rate. I believe the new qualifying rate will have negative implications for the Canadian mortgage finance market and the national economy as a whole.”

Mortgage rate comparison website RateHub.ca published a scenario looking at the impact of the stress test rule on a family earning $100,000 putting down a 20% down payment on a 3.09% five-year fixed rate amortized over 25 year. Under the current rules, that family could qualify for a house worth $706,692, but after the new rules take effect in 2018, that family would only qualify for a house worth $559,896 based on a 4.89% stress test.