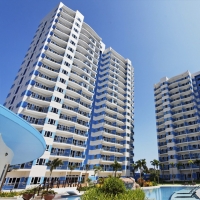 New Canadians account for one in five of all housing purchases and are expected to buoy the market in the Toronto region and across Canada over the next several years, says a new survey for Royal LePage.

Slightham suggested that the demand will support increases in residential real estate values in Toronto and surrounding areas.

“Neighbourhoods across the greater region are blossoming with the continued influx of newcomers who are looking for good schools and job opportunities in thriving communities,” added Slightham, in a media release.

He said the combined impacts of a growing economy and strong jobs market along with burgeoning demand for affordable housing among younger and new Canadians makes it crucial that housing supply keeps pace in a market where supply is already tight.

“That is the challenge, getting homes built faster,” said Slightham.

He said demand can be met through housing policies that encourage sustainable development with a focus on protecting and developing green spaces in urban centres.

According to the August 2019 survey of 1,500 immigrants who arrived in Canada within the past decade, newcomers represent 21 per cent of all home buyers, with the group expected to acquire 680,000 properties over the next five years. In 2018, international migration accounted for 80.5 per cent of Canada’s population growth, Statistics Canada data shows.