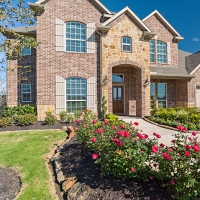 When Buying Real Estate or Re-Financing

An increasing number of Canadians are opting for variable rates when they enter the mortgage market, according to a new report from the Canadian Mortgage and Housing Corporation (CMHC).

While the majority of homebuyers continue to sign up for the five-year fixed term, there has been a significant increase in the number of people opting for variable rates, with the share reaching a high of 44 per cent in 2018 — the highest rate over the previous five years, according to CMHC’s Residential Mortgage Industry Report released Wednesday.

CMHC’s senior economics and research analyst Seamus Benwell said the shift towards variable rates started at the end of 2017 and early 2018, mainly due to the size of the discounts being offered on variable rate mortgages.

Interest rates across the board have been inching up over the last few years, making those discounts more attractive than they were a few years ago when rates were at all-time low, said Benwell.

Signing up for either one of the two options is a personal decision, he said, but the key difference is the stability that comes with the fixed rate.

“You know what the interest rate is going to be for the life of the loan, whereas with the variable rate there’s the discount at the moment, and that’s what is driving people toward the variable rate option,” he said.